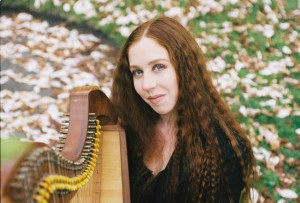 Cécile Corbel is a French singer/songwriter, who recently created the score for Studio Ghibli’s “The Secret World of Arrietty”.  The film was just released by Walt Disney Pictures and has earned the best stateside opening ever for a Studio Ghibli movie.  Media Mikes had a chance to chat with Cécile about working on the score with Studio Ghibli and also her new album and tour.

Click here to read the interview in French / Japanese

Mike Gencarelli: How did you get involved with working with Studio Ghibli on “The Secret World of Arrietty”?’
Cécile Corbel: In 2009, I sent my album “Songbook, Vol.2” as a gift to Studio Ghibli. I got very lucky because the head producer, Toshio Suzuki got the CD and actually listened to it.  This is something that never happens. They were just starting on producing “Arrietty” and they weren’t sure of the path they wanted to go with the music at the time. We got one email asking if I wanted to write one song for the next Ghibli movie.  So that’s how it started and went from one song to the whole score. It was really exciting.

MG: Your score seemed perfectly scaled for the film, where did you get inspiration for the it?
CC: A lot of the inspiration came from the first drawings that I received from the studio.  Also the director sent me short texts, like poetry, which tried to describe in a few lines some of the characters or themes from the movie. I was able to focus on the emotions and feelings, which made it very easy for me to come up with the 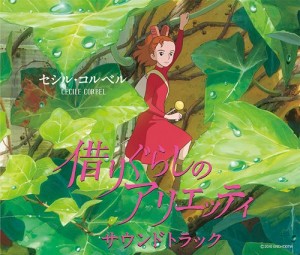 music before the movie was produced.

MG: Joe Hisaishi is known for working on the scores for Studio Ghibli; was their any pressure stepping into those shoes?
CC: [laughs] For sure. I am also a big fan of Hisaishi work. The hard thing was not to think of it and not to try and sound like something that was already done in past Ghibli movies. Also to try not to use that kind of orchestra or symphonic kind of feel. I wanted keep it simple and come up with music similar to my CD, in which the studio liked.

MG: Did you get a lot of creative freedom from the studio?
CC: Yes, amazingly I had a lot of freedom working on the soundtrack.

MG: What was the most different aspect of creating the score?
CC: The writing itself was rather joyful and creative. After that, I had to figure out which part would actual fit into the scenes. There was a lot of trial and error. That was definitely the hard part.

MG: What is your favorite Studio Ghibli film prior to working on “Arrietty”?
CC: [laughs] That is a tough question. I like all of them because they are all different. But “My Neighbor Tortoro” is one of my favorites. Also I really like one that is a little more obscure film called “Only Yesterday” directed by Isao Takahata. 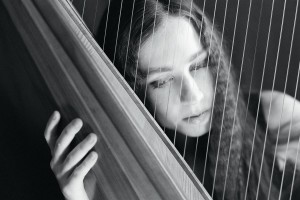 MG: Your latest album “Songbook, Vol.3” was just released in the US, tell us about your inspiration for this album?
CC: Yes it was just released on iTunes in the US. It feels great to finally have one of my albums released for US audience finally. This album was written after “Arrietty”, it follows the path of my prior albums in the “Songbook” series. The inspiration is pretty much the same and comes from Celtic music, ancient tales, and folk music. It is about story telling and characters from legends. I am really proud of it.

MG: You are touring a lot this year, any plans to come to the US?
CC: I am a big traveler and I tour quite a bit. I really enjoy it. I had the chance to play only one before in the US. I would have like to been a part of the promotions for the movie, but it never happened. Hopefully though due to the success of the movie in the US, I am really hoping to use that to be able to tour in the US in the near future.